Premiering the Best of Michelin

Since October 2013 and scheduled to last into May 2014 , Jean-Yves Leuranguer, Head Chef of all kitchens at Hôtel Fouquet’s Barrière and ‘Meilleur Ouvrier de France’  and Christophe Schmitt, the Head Chef at Le Diane have been offering once a month, a highly coveted culinary experience like no other. Welcoming to the hotel a premier starred Michelin chef, creating a ‘limited edition’ of innovative menu in association with a fellow prestigious establishment.

The Macaroon-awarded restaurant with offering a distinctive Michelin guided culinary adventure, has always offered timeless cuisine giving it status, “in a contemporary way” offering the greatest classics of the French Gastronomy.

The collaboration and partnership have been highly successful so far with promises of surprising tasteful experiences and extraordinarily wonderful blends of textures and flavours with a unique global culinary experience. Subtle authentic flavours garnished elegantly with flavouring, and served in the intimist and luminous rotunda of the restaurant Le Diane.

From the United States down to Italy, and on to the Far East namely Japan: Michelin starred Chefs have gathered and will continue to fly in from around the world, for just one night to showcase a brigade of talent to complement those provided by Hôtel Fouquet’s Barrière. 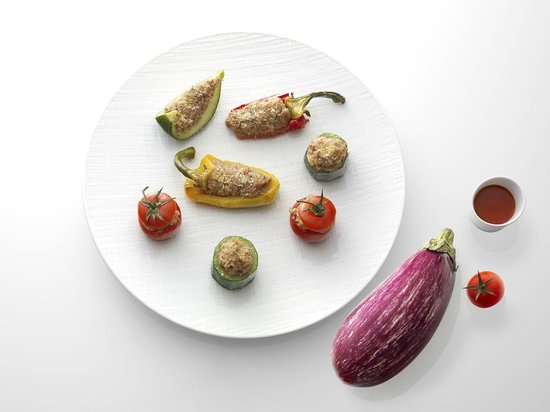 A Line Up Not To Be Missed…

To say Hamyar has traveled would be something of an understatement. His passion for travelling has taken him from Tanzania to Dubai and an enviable number of places between, and the memories he captures always make for interesting reading. As well as travel, other subjects which fall into his expert remit include culture, design, fashion and cars - in other words, a born globetrotting who is destined for great things if his aspirations so far are anything to go by.