Swiss watchmaker Roger Dubuis has made only 28 pieces of a new edition of the Excalibur Aventador S. The watch has a case that features layered carbon, black rubber, and black DLC titanium. The bezel for this edition is fluted pink gold with black markings. The dial reveals further pink-gold accents on the hands, the markers, and the cover plate of the barrel.

Worthy of note is the caliber RD103SQ, which is a high-tech skeletonized framework that is coated with an anthracite-gray NAC treatment and finished with a mix of shotblasting and perlage. The caliber is Poinçon de Genève–certified.

Two inclined 4-Hz balance wheels oscillate from within the skeletonized movement, they are both powered by the same mainspring via a differential gear.

Earlier in the year, Roger Dubuis launched the Excalibur Spider Pirelli – Double Flying Tourbillon ($277,750) and Automatic Skeleton ($66,500) that featured new combinations of colors and case materials – the most notable being the straps which incorporated rubber inlays made from Pirelli tires taken from actual race winners.

In September, news emerged that Roger Dubuis was the 2018 partner of Lamborghini’s Squadra Corse team, a collaboration that also yielded two new limited-edition Excalibur Aventador S variations—one in yellow ($185,000) and one in orange ($205,000). 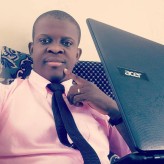